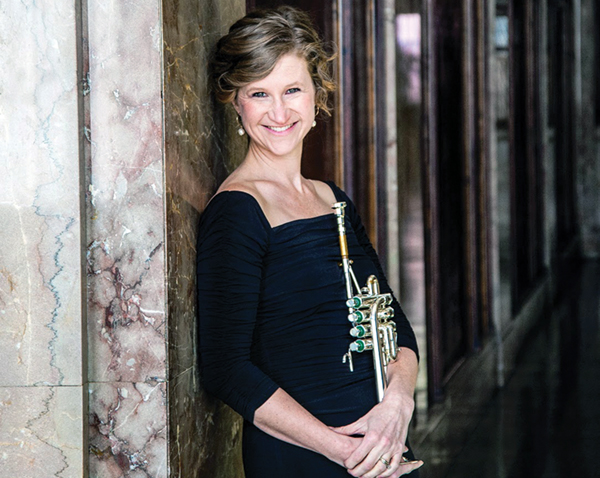 The North Carolina Chamber Orchestra (NCCO) will be showcasing Ashley Hall, trumpet, during their upcoming concerts Saturday, April 6 at St. Timothy’s Episcopal Church in Winston-Salem and Sunday, April 7 at Main Street United MethodistChurch in Kernersville. Both performances begin at 7:30pm.

Ashley will perform the Telemann Trumpet Concerto with the NCCO. She will also be joined by the orchestra’s trumpeter, Richard Blakemore, as they perform the Vivaldi Concerto for Two Trumpets. John Fair, the ensemble’s keyboardist, will play the organ during the Albinoni Adagio.

Other works include the Air & Simple Gifts by John Williams and Mozart’s beloved Eine Kleine Nachmusik.

Grieg’s Holberg Suite will conclude the performance. Since the group’s inception, the most requested piece of music has been the Holberg.

Last year the NCCO presented their premier concerts to enthusiastic audiences, resulting in rave reviews. Harold Weller, Conductor Emeritus of the Las Vegas Philharmonic said, “This is definitely a recording quality orchestra… Second movement of the Tchaikovsky is an absolute gem … Beautifully done!”

According to William T Walker, head reviewer for the Classical Voice of North Carolina, “Manz ended the concert with a breathtaking, magnificent performance of Tchaikovsky’s Serenade for Strings, Op. 48. As each of its four ripe, melodic movements went by, the depth of talent in each section was revealed. What lovely and varied pizzicatos! How tonally rich the low strings and how soaring the violins! One could hardly ask for a more artistically promising debut.”

Her work as a soloist and recitalist has taken her around the globe including performances in Taiwan, South Korea, New Zealand, Australia, Germany, Mexico and China. Recent career highlights include solo appearances in Taipei, Taiwan with the Grace Orchestra, multiple performances of B Minor Mass, and cornet solos with the North Carolina Brass Band, Atlantic Brass Band and the Sheldon Theatre Brass Band. As Concert Master of the North Carolina Brass Band, acting Principal Trumpet with the Chamber Orchestra of the Triangle, and founding member of the electro-acoustic trumpet quintet Fifth Bridge, Ashley enjoys a busy and diverse performance calendar.  Other recent highlights include multiple solo recital tours, national and international tours with Stiletto Brass Quintet, an Asia tour with the Rodney Marsalis Philadelphia Big Brass, returning as guest artist to the Great American Brass Band Festival, and being the featured trumpet solo artist at the International Women’s Brass Conference.  Ashley will be the featured guest artist at the 2019 National Trumpet Competition in Lexington, KY.

She served as the Interim Professor of Trumpet at the University of North Carolina School of the Arts from 2016-2017 and has held collegiate teaching positions at St. Olaf College and the University of Dayton.

As an active recording artist, Ashley frequently enjoys time in the studio collaborating on new projects.  She recorded a new CD in 2018 called “JUHLAT: Festivals and Celebrations” with the Brass Septet, Ameriikan Poijat. In 2019, she will be featured on the International Trumpet Guild’s recordings of the Brandt Etudes.  Ashley also recorded a PBS Special with Carolina Brass and the North Carolina Master Chorale called the “Joy of the Season.” “Christmas Wrapped in Brass” (2017) also features Ashley in the solo cornet section of the North Carolina Brass Band.  In the fall of 2007, Ashley released her debut album entitled, “Behold Him”, a collection of hymns for solo trumpet, and she has recorded two CD’s with EUROBRASS, “Give Thanks to the Lord”, and “Worthy is the Lord.”

Mrs. Hall holds a bachelor’s degree in trumpet performance from the University of Cincinnati-College Conservatory of Music and an artist diploma from the Longy School of Music. 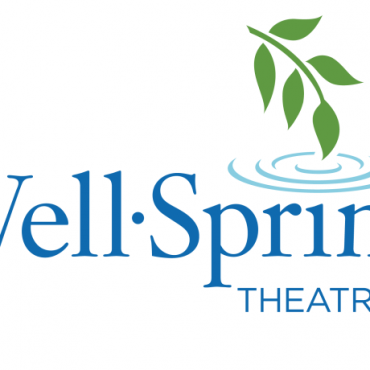 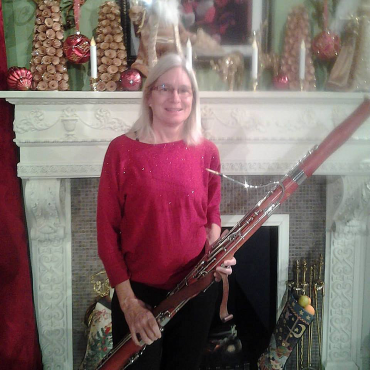