The mission of the North Carolina Chamber Orchestra is to provide accessible, professional-level music to the Triad region, including Winston-Salem, Greensboro, High Point, Burlington and Kernersville.

Our vision for the North Carolina Chamber Orchestra is to become an established professional orchestra in the Triad and to eventually evolve into a full chamber group with winds and percussion. Additionally, the ensemble would like to perform for educational institutions in support of our youth. 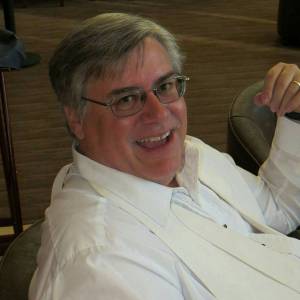 Paul Manz is a native of Phoenix, AZ, moving to Prescott in 1965. Paul received his Bachelor of Music Education and Masters in Orchestral Conducting from Northern Arizona University. He was also inducted into the honor society of Phi Kappa Phi. He taught instrumental music in the Prescott schools for 30 years. He has also taught music at Yavapai College and Embry-Riddle Aeronautical University.

Paul has served as principal horn in the Flagstaff Symphony and as assistant principal horn in the Flagstaff Festival of the Arts Orchestra. He has also performed in the pit of a number of professional operas and musicals as well as conducting “Mame” and “The Man of La Mancha”. Paul has shared the stage with Toni Tennille, David Cripps, James D’Leon, Mike Vax, Gary Grafman, Jerry Goldsmith, Roberta Peters, William Warfield, Isola Jones, Don Edwards, Eric Ruske, Anastasia Kitruk, Harold Weller, Jeffrey Schindler and others. Additionally, he has served as the Arizona All State French Horn adjudicator.

For many years, Paul served as the principal hornist in the Prescott Chamber Orchestra. He also has extensive experience with both brass and woodwind quintets.

Working side by side with Peter Perret, Paul has served as the guest conductor for the New Horizons Band Blast, drawing participants from five eastern states.

Paul is a member of the International Conductor’s Guild and is a member of its board of directors. As an alumnus of Northern Arizona University, he has received the Distinguished Alumni Award and the Jeff Ferris Volunteer Award.

Paul Manz is the founding conductor of the Prescott POPS Symphony and served as its music director from its beginning in 1992 until his retirement in 2015. During this time the ensemble grew from being a community orchestra to a semi-professional regional symphony.

Paul is very proud to be married to Sheryl Manz, Operations Director for Davidsons Inc. Sheryl is also a violinist and the president of the North Carolina Chamber Orchestra. His sister is Carol Manz, a church organist, the section pianist of the Prescott POPS Symphony and a retired educator. 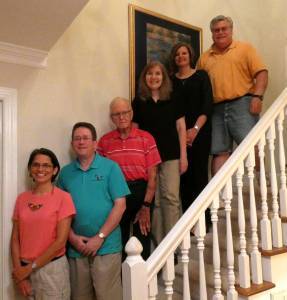